I just wrote a udev rule that would make any userspace i2c devices be owned by the i2c group:

(You can stick that in a file in /etc/udev/rules.d if you’re using Fedora).

Doubling the resolution of your CNC machine

Using an ICD 2 from a Virtual Machine

I want to be able to program and debug PICs with my MPLAB ICD 2. Unfortunately, Microchip doesn’t spec the USB interface to the ICD 2, so unless I reverse engineer it there’s not much I can do but use the Windows software they provide.

So, I installed Windows Server 2003 in the version of QEMU that the KVM people produce. The install ran really smoothly up until there were 39 estimated minutes remaining. It then took around 4 hours to complete. I installed MPLAB in the VM, plugged the ICD 2 into my laptop and then “plugged” it into the VM’s USB. One of those annoying little “you’ve just done something” balloons appeared and I selected “automagically locate driver”. It failed to find a driver. Urgh.

I then thought “Hmm. I haven’t actually tested that MPLAB works in the VM”. I ran MPLAB. It said something along the lines of “MPLAB doesn’t work in this operating system”. Damn.

So, I started to create a new VM containing XP. Many hours later I had a fresh install of XP. Installed MPLAB. Ran MPLAB. Worked. “Plugged” ICD 2 in. No magic bubble. Rats.

I ran Windows update. Many many many hours later I have SP2 installed. Plugged in ICD 2 and joy – magic bubble appears. Automagic search for driver successfully installs the driver. 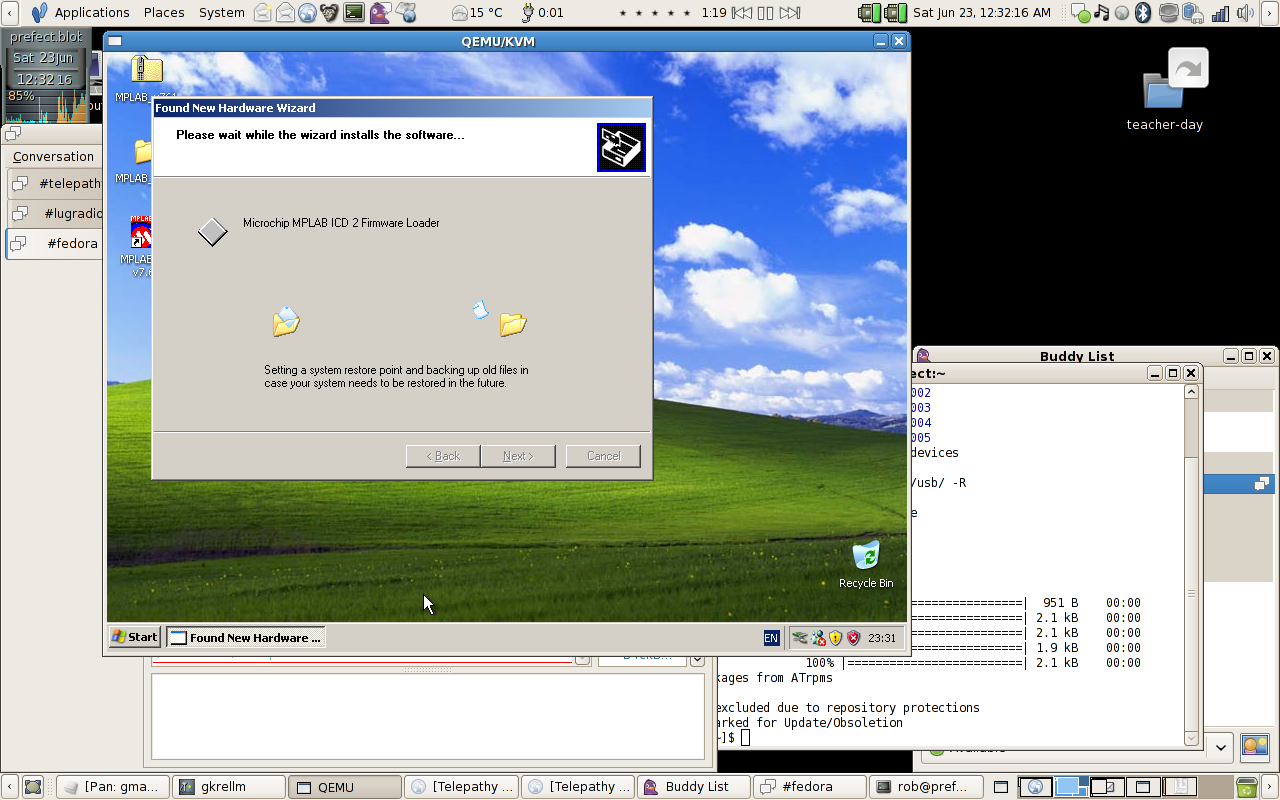 From when I’ve used the ICD 2 before, I remembered that when one plugs it in, you get two magic windows “device connected” beeps – and one has to install two drivers. I’d only installed one on the VM and the magic bubble generator appeared to have run out of fuel.

Then I noticed that the USB Device ID of the ICD 2 had changed. Presumably the first driver changes it in some way after loading firmware into the ICD 2. Telling QEMU to connect the second device caused Windows to locate the device and to generate another magic bubble.

I ran MPLAB and it successfully updated the “operating system” on the ICD 2: 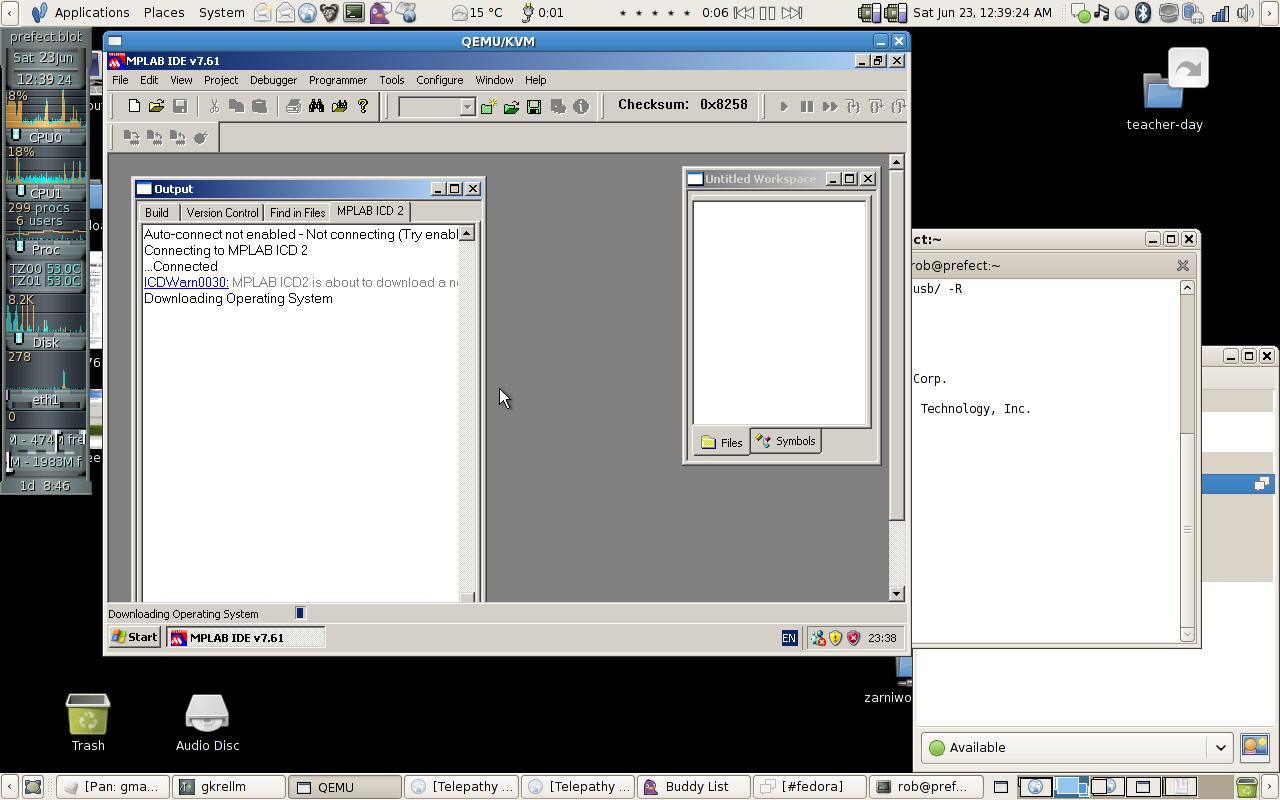 I spent the first half of today learning Tcl. Then I started writing a gumsense extension for it:

(NB: I’m experiencing problems with making it a package at the moment because the gumstix buildroot doesn’t install everything (I think) it should – wasn’t a priority.)

So now I just have to spend a few hours wrapping Tcl around the C library, and I’ll have got somewhere…